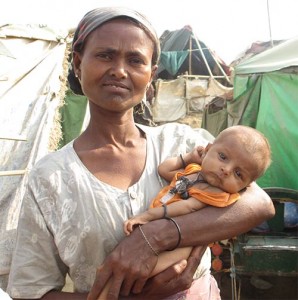 “Today, 70% of the Rohingya still have no access to safe water or sanitation services; in some Rohingya districts, there is just one doctor per 160,000 people; only 2% of Rohingya women give birth in a hospital; and 44% of the population of Rakhine state live below the poverty line, which is almost 20% higher than the average figure in most parts of Burma..”
Jonathan Ashworth, MP January 2015

“One of the most persecuted minorities in the world.” Over one million Rohingya Muslims in Western Burma are not regarded as citizens and are unable to move, marry or find jobs without permits. They are subject to arbitrary taxation, forced labour and seizure of their land. Refugee Rohingya are facing a medical crisis.

Write to your MP and urge that they press the Foreign Office to do more to press the Burmese government to improve security and accountability, the provision of humanitarian assistance and a solution to the issue of Rohingya citizenship.

The UN has described the Rohingya as one of the most persecuted minorities in the world. Successive Burmese governments have insisted that they are Bengali immigrants from Bangladesh and therefore denied their rights as citizens.

They have faced communal violence from Rakhine Buddhists. In 2012, waves of violence and well-coordinated arson attacks erupted, disproportionately affecting the Rohingya population and other Muslim communities, and in some cases involving killings by state-security forces. More than 140,000 Rohingya were displaced to internal displacement camps. The BBC recently reported that after a sustained campaign by Rakhine Buddhists against anyone seen as helping the Rohingya, the aid operation in one camp for displaced Rohingya has been crippled.

In 2014 a report based on leaked government documents implicated state and central government officials as perpetrators of the crime against humanity of persecution. “The government is systematically persecuting Rohingya on the basis of ethnicity, religion, and at times gender,” said Matthew Smith of Fortify Rights. “Rohingya women in particular find themselves in the crosshairs of these targeted policies, facing severe discrimination because they’re women as well as Rohingya Muslims.”

The BBC reports that “Large parts of the state are now effectively segregated. Buddhists can go where they want, the Rohingya are confined – ‘for their own safety’.

In Parliament, Baroness Cox expressed concern “that the British Government are making trade and investment such a priority that the Burmese Government can continue to kill and exploit their own people with impunity.”

On 25 June 2014 David Ward, MP for Bradford East, lead a debate in Westminster Hall on the Situation in Burma and the persecution of the Rohingya and other minorities – which can be watched on Parliament TV.

On 4 December 2014 Valerie Vaz MP (Walsall South) (Lab) asked the Secretary of State for Foreign and Commonwealth Affairs what discussions he has had with the Burmese government on allowing humanitarian access to Rohingya Muslims who are displaced in Rakhine state.

Foreign Office Minister Hugo Swire (East Devon) (Con) replied: We have raised our concerns at the situation of the Rohingya community in every one of our recent Ministerial contacts with the Burmese government. The former Foreign Secretary, my right hon. Friend the member for Richmond (Yorks) (Mr Hague), raised the situation in Rakhine State in a call with his Burmese counterpart, U Wunna Maung Lwin, in April. He called for the Burmese government to facilitate humanitarian assistance to all communities in the State.

I also raised this issue with Khin Maung Soe, Burmese Minister for Electric Power in July, as well as with the Burmese Ambassador, whom I summoned in April to register my concerns.

My hon. Friend the member for New Forest West and Minister of State for International Development (Mr Swayne), discussed Rakhine with Minister for the President’s Office, U Soe Thein in August. In October the Minister of State for International Development specifically raised the difficulty of delivering humanitarian assistance to displaced people in Rakhine with the Minister for Immigration and the Rakhine Chief Minister. In Rangoon our Ambassador and Embassy officials consistently discuss these concerns with representatives of the Burmese government.

In January 2015 this issue was debated in Parliament – more 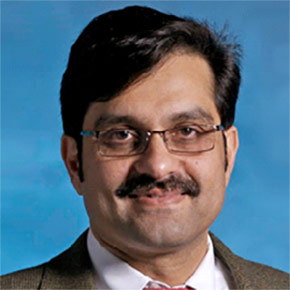 On 26 May Dr Mehdi Ali Qamar, a Canadian/American cardiologist who had arrived in Pakistan to do voluntary work just two days earlier, was gunned down in front of his wife and two year old son. Ten days earlier, a teenager entered the police station where 65-year-old Khalil Ahmad was being held under the blasphemy laws, and shot him dead.

It was the second time that Dr. Qamar had volunteered at the Tahir Heart Institute, a hospital in the Ahmadi town of Rabwah specialising in cardiac treatment that is run by the Ahmadi community and treats patients of all faiths. In recent months, religious extremists distributed pamphlets in the area warning Muslims against using the hospital, saying, “Visiting a doctor or receiving treatment in that hospital is forbidden in Islam and an unforgivable sin.”

The Asian Human Rights Commission reported “The police have shown little interest in investigating the incident or arresting the perpetrators. In one report they simply stated that, ‘We are looking into the incident. It seems to be a targeted attack.’”

Ahmadiyya Muslims have been persecuted in Pakistan since 1974, when a constitutional amendment declared them non-Muslim – since 1984 it has been a criminal offence for them to call themselves Muslims. In 2013, the anniversary of this amendment prompted several anti-Ahmadi organisations in Pakistan to call for renewed efforts to isolate Ahmadis from public life, including banning them from working in government or military jobs. A 2011 poll indicated that two-in-three Pakistani Muslims say Ahmadis are not Muslims.

Ahmadis have been arrested in Pakistan for reading the Qur’an, holding religious celebrations and having Qur’anic verses on rings or wedding cards. Some mullahs promise that killing Ahmadis earns a place in heaven and give out leaflets listing their home addresses. More than 230 Ahmadis have been murdered in Pakistan since 1984 on grounds of faith.

Khalil Ahmad and three other Ahmadis had asked a shopkeeper in their village in central Pakistan to remove inflammatory stickers denouncing their community, reported a spokesman for the Ahmadi community. In retaliation, the shopkeeper filed blasphemy charges against the four men. Ahmad, a father of four, was in police custody when the teenage boy walked in, asked to see him, and shot him dead. 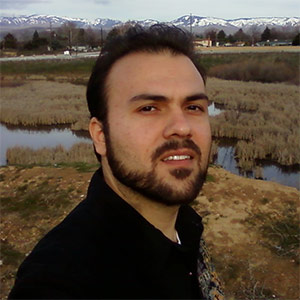 Saeed was released on 16th January 2016 as part of a prisoner exchange between the U.S. and Iran that also saw the release of three other Iranian-Americans: Jason Rezaian, Amir Hekmati and Nosratollah Khosravi.

Saeed Abedini, a dual US-Iranian national, was serving an eight-year prison sentence in Iran. His criminal conviction came after both he and his defence counsel were excluded from the second day of his two-day trial. The Iranian government found Mr Abedini’s religious activities a threat to its national security interests.

As allowed under Iran’s Constitution, Mr Abedini continued to peacefully gather for religious purposes with Christians in private homes until late in 2005, when Mahmoud Ahmadinejad was elected President and the Iranian government increased its arrests of Christians. In December of 2005, Mr Abedini and his wife left Iran for the United States.

In 2009, Mr Abedini and his wife and two children returned to Iran to visit his family. After a month-long stay with no incident, Iranian authorities detained Mr Abedini at the airport. Mrs Abedini and their two children were sent back to the United States, and Mr Abedini was put under house arrest for approximately two months. During this time, the Iranian Intelligence Police threatened to bring him up on criminal charges for his previous work with the Christian house churches.

Mr Abedini made an agreement with the Intelligence Police to cease his leadership with the house churches in exchange for a promise that the government would not criminally charge him for his previous Christian activities. The Intelligence Police promised that Mr Abedini could come and go from Iran freely so long has he kept his promise, and encouraged Mr Abedini to work on humanitarian efforts.

So at the time of his arrest on 28 July 2012, he was making a ninth visit to Iran to establish a non-sectarian orphanage for vulnerable Muslim street children that was encouraged and sanctioned by the Iranian government. Then, on 26 September 2012, the Revolutionary Guards raided his parents’ house and took him to the notorious Evin Prison in Tehran. Mr Abedini was interrogated, placed in solitary confinement, and threatened and beaten during interrogations.

As a result of these beatings, Mr Abedini has suffered internal injuries that have gone largely untreated. Mr Abedini was denied access to his defence counsel until fewer than 24 hours before his trial, and he and his attorney were barred from the courtroom on the second day of Mr Abedini’s trial.

On 27 January 2013, Mr Abedini was pronounced guilty of intentionally undermining the security of Iran and sentenced to eight years in prison. According to the Iranian attorney and Iranian media, Mr Abedini was only charged with this single charge and was never charged with proselytizing or any other illegal activity. No written verdict/opinion has ever been issued.

Mr Abedini’s Iranian attorney filed a timely appeal based on the verbal verdict/opinion of the judge. However, on 25 August 2013, a two-judge panel upheld the conviction and eight-year sentence. With the finality of his appeal, Mr Abedini had exhausted his legal remedies in Iran. In November 2013, Mr Abedini was transferred from Evin Prison to Rajai Shahr Prison.

A US church leader with close links to President Obama has been in Iran and raised this case with the authorities. Pastor Joel Hunter said “One of our main goals in this trip [was] to create such a different environment which would include giving more leeway to different religions.  Now that we have this connection, we were able to discuss these prisoners, specifically in regard to Pastor Saeed Abedini. It was because of this dialogue that we were able to ask the Iranian government for clemency for him and we were able to bring this up with the right person and in the right environment. This opportunity was provided to us by the Iranians themselves and it did not happen because of any pressure from us. In general, these dialogues help these prisoners a lot.”

Pastor Saeed is now facing new death threats from ISIS terrorists who are being held in the same Iranian prison. He has been able to communicate to family members and let them know that he fears for his life after he was told the ISIS prisoners plan to murder him because of his Christian faith.

In early September, the UN Working Group on Arbitrary Detention issued an opinion finding that Iran is depriving Mr Abedini “of his liberty for peacefully exercising the rights to freedom of religion, belief, and association” and that Iran’s “non-observance of the international norms relating to the right to a fair trial . . . is of such gravity as to give the deprivation of liberty of Mr. Abedini an arbitrary character”. Additionally, 26 September marks two years since Iran imprisoned Mr Abedini for his faith. On this anniversary Mr Abedini’s wife, Naghmeh, called the world to prayer. Over 500 locations in 33 countries committed to praying for Mr Abedini and those persecuted for their faith.