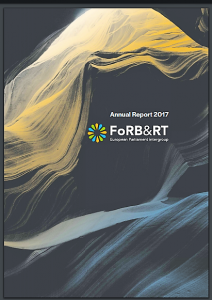 They state in the introduction “Through this report, we hope to highlight the practical ways in which the EU can use its influence in the wider world, to promote and protect freedom of thought, conscience, religion or belief for all people. In addition, we have included signs of hope, in an attempt to appreciate glimmers of light in otherwise dark places.

Strengthening the mandate of the EU’s Special Envoy for FoRB

At the institutional level, the Intergroup was and is pleased that one of its main goals – the creation of a separate Envoy for FoRB outside of the EU – has been realized with the appointment of Mr. Figel in May 2016. We have seen him very active in the promotion
of freedom of religion or belief outside the EU since his nomination.

However, the formal position of the Special Envoy is weak. It is not a full time activity, and with limited resources. As far as FoRB is concerned, we have recently seen that more and more governments and decision-makers realise the importance of freedom of religion or belief. Within Europe the UK and Denmark both now have Special Envoys on FoRB. And the German government is
considering such a position too.

Moreover, it is now ever more widely acknowledged that not only is the role of religion or belief in third countries so important that it cannot be ignored in the EU’s external relations, but also that religious and belief organisations and especially their leaders can play a constructive role in the field of peacebuilding, especially through reconciliation, humanitarian assistance, good governance and development policies in general.

Therefore we recommend:
• That starting in the autumn of 2019 the SE for FoRB gets a more visible position, and adequate human and financial resources;
• That the mandate of the SE includes not only the protection of FoRB, but that the SE also becomes the central focus for the EU’s external policies in regard of the role of religion or belief, and religious and belief organisations in third countries;
• That therefore the most logical place for the SE is to report directly to the HR/VP since both the work of the EEAS and of the Commission is relevant for the SE’s mandate and only the HR/VP brings the two institutions together;
• That the SR on HR and the SE on FoRB discuss their working programmes in such a way that they strengthen one another. And that the SE on FoRB has the full mandate and capacity to do whatever is necessary for the implementation of the EU Guidelines.

The EU Guidelines were adopted five years ago, and a revision is neither foreseen nor necessary. The intergroup does see, however, the number of training activities increasing and agrees with the broad approach taken during these training activities, for example, focus on religious and non-religious beliefs, focus on the positive role religious and belief actors can play in realising objectives of foreign and development policies as well as meeting the challenges posed by intolerance and violence based on religion or belief.

Based on these considerations, the intergroup’s second group of general recommendations relate to the promotion of the implementation of the EU Guidelines:
• The EEAS should rethink the decision not to publish its Guidance Note. MEPs, MPs and civil society together might provide a useful source of ideas for improvement, but they can only deliver if they can respond to a public document;
• The current format of training sessions on FoRB literacy is well-balanced and attracts ever more attention from within the EU-delegations and Member State embassies. The EEAS should continue to invest in these sessions, and could usefully work together in this respect with the FoRB Learning Platform developed by NORFORB;
• Although it is good to see that the Heads of Delegation will be offered a special session on FoRB during their annual meeting in Brussels, the session should be extended in time, so that stakeholders, including representatives of the intergroup, can contribute;
• The EU Guidelines protect all religions or beliefs. During the training sessions, this should be emphasised, calling for particular attention for those religious and belief communities, who are less vocal. For example, because their religion or belief does
not have a hierarchical organisation or the adherents are less known and less organised. Delegations and embassies should also reach out to those religious and belief communities, whose religions or beliefs are abused by extremists for advocating violence and terrorism;
• Training sessions should, in particular, focus on relations with religious leaders. While it is not up to diplomats to get involved in theological discussions, they should not shy away from engaging with these leaders in order to strive for commonly held policy
objectives, such as peace-keeping and reconciliation, good governance, respect for the environment and humanitarian relief.

In the past, the intergroup’s annual reports did not contain recommendations for Parliament itself, but considering the growing interest in FoRB and the increasing activities of both the Foreign Affairs Committee and the Vice-President responsible for the Art. 17 Dialogues, this year a number of recommendations seem relevant to be included:

• The Art. 17 Dialogues should, whenever they relate to the promotion of FoRB literacy, be integrated into theEEAS training activities, the activities of Parliament’s Foreign Affairs Committee and the intergroup itself. Too often, these Dialogues are stand-alone
activities and their outcomes are not widely known, let alone discussed in parliamentary committees and networks;
• Whereas the intergroup welcomes the initiative taken to adopt during this mandate a report on FoRB, it should not become a fig leaf for not acting through other on-going parliamentary activities, such as in the context of the Parliament’s delegations with third countries. Once the plenary has adopted the Resolution based on the report, it should also find a way of checking its implementation by all EU institutions and Member States.
• Instead of formulating only general recommendations on the protection of FoRB, Parliament should try to be more targeted when it comes to the relations with individual third countries.

Many of the country specific recommendations included in the report are meant to stimulate EU-delegations and Member State embassies to become active. In its contacts with the EEAS, the Commission, representatives from third countries and with civil society, Parliament should highlight the need for country-related FoRB literacy.