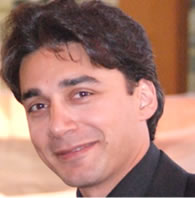 Farshid Fathi has lost his appeal against an additional one-year prison sentence, reports Middle East Concern, adding that Iranian Christians are disappointed and concerned that the sentence has been upheld,

In February 2012 Farshid was convicted of action against national security, co-operating with foreign organisations and evangelism, and sentenced to a total of six years’ imprisonment. Originally detained in Evin Prison, he was transferred to Rajai Shahr Prison on 19th August 2014.

In November 2014 Stephen Timms MP and Gavin Shuker MP both raised his case in written questions.

On 29th December 2014 Farshid received an additional sentence of one year, following the discovery of alcohol (one report suggests it was communion wine) during a raid on his ward in Evin Prison in April 2014. Security officials attributed the alcohol to Farshid, who strongly denies this claim.

Farshid’s lawyer appealed against the additional sentence, but on 24th May it was reported that the appeal had been rejected and that he and another Christian prisoner (Alireza Sayyedian) had been transferred to Hall 2 of Ward 1 of Rajai Shahr Prison.

According to a relative, conditions in Hall 2 are not good. The two men are now held with prisoners convicted of robbery, violence and drug-related crimes.

World Watch Monitor reports that his sentence also includes 74 lashes. Fathi, who is a 35 year old father of two, was imprisoned without trial in Evin prison. After 15 months of uncertainty he was accused of “action against the regime’s security, being in contact with foreign organisations, and religious propaganda” according to a source. Details of his court trial have not been published.

Iran’s Supreme Leader Seyyed Ali Khamenei had made a speech in October 2010 saying that house churches should be dealt with. A new wave of surveillance and arrests against Christians followed soon after, with leaders of house church groups such as Farshid Fathi especially singled out for longer detentions. Born into a Muslim family, Fathi became a Christian at the age of 17 and at the time of his arrest in 2010 he was working full time as a pastor and leader of house churches.

World Watch Monitor has previously reported that the UK’s Foreign and Commonwealth Office has previously labelled Fathi’s prison conditions as “harsh”. He suffered a fractured foot and toe after being beaten up by security officials during the raid in which the alcohol was found and attributed to him.

Estimates from evidence provided by the American Center for Law and Justice, Article 18 and Middle East Concern, suggest that in May 2015 there were 90 people detained in Iranian prisons on account of their Christian faith and practice.