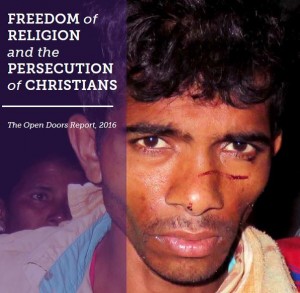 This week over 100 Parliamentarians attended the launch of the 2016 Open Doors report Freedom of Religion and the Persecution of Christians.

The event was hosted by Theresa Villiers MP, Secretary of State for Northern Ireland. She described how she had become involved in the issue of the persecution of Christians ‘because my constituents asked me to be’, a sentiment echoed by many of the MPs who attended the launch.

Lisa Pearce, CEO of Open Doors UK & Ireland, closed the event. “Freedom of religion and belief… is the canary in the coal mine of human rights – around the world once that goes, once that is eroded, other rights very quickly follow,” she said.

The key findings in the report are:

The report is written on the basis of the research material produced by the Open Doors International Research Unit for its annual World Watch List. This highlights the 50 countries where it is most difficult to live as a Christian, and is produced on the basis of a global survey distributed through Open Doors networks and augmented by academic and media reports. It describes the degree of freedom Christians have to live out their faith in five spheres of life – private, family, community, national and church life – plus a sixth sphere measuring levels of violence. The methodology provides ‘persecution points’ for each sphere. 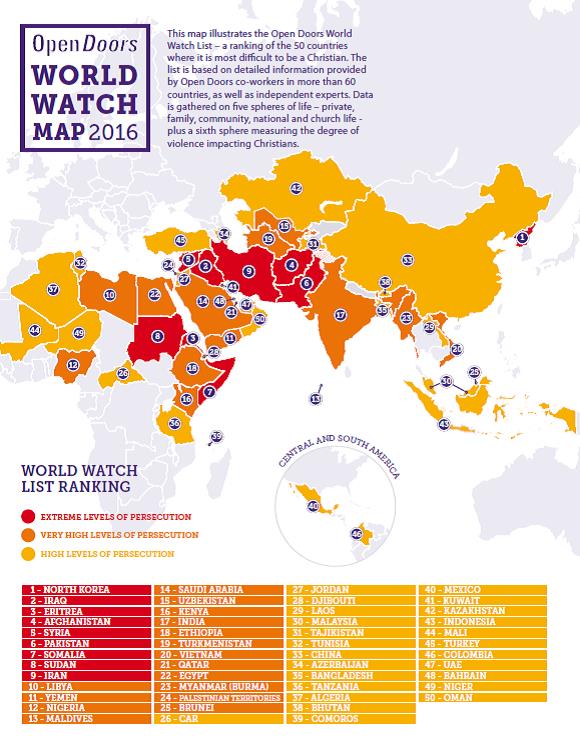 Read the Open Doors report of the launch event