The leader of an unregistered Protestant church in China has been formally arrested on charges of ‘unlawfully possessing items that advocate terrorism or extremism,’ in possibly the first such case involving a church leader in the country. https://www.csw.org.uk/2021/07/26/press/5359/article.htm

NIGER
Alexander Stafford MP
@Alex_Stafford
Ask Foreign Sec, with reference to reports by Aid to the Church in Need on 2 July, what support his Dept is providing to Christians as result of news of an attack on Fantio and Dolbel in the Tillabéri region.
https://questions-statements.parliament.uk/written-questions/detail/2021-07-13/32558#

Third in his undergraduate class of Business and Law, Amro also holds a master’s degree in International Development from the London School of Economics and Political Science. He has worked in finance, as a consultant for various investment banks, and international development, providing oversight and support for the delivery of millions of dollars’ worth of humanitarian and religious tolerance projects in Iraq, as well as managing gender equality projects in rural Honduras. 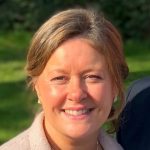 Before joining the APPG Julie was a trustee on the Interfaith Network UK and served there as the interfaith representative for Wales for the devolved nations. She was also the vice-chair of the Interfaith Council of Wales (ICW), the elected member of the ICW for the Welsh government. She has played an important role in increasing awareness of different faiths and promoting unity within different communities in Wales. 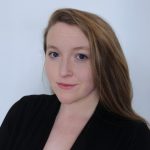 Nancy holds master’s degrees in both Journalism and International Relations and Contemporary War, with a research interest in intra-state conflict. Before joining the APPG, Nancy was a broadcast journalist and news editor covering the UK, Middle East and Africa for international outlets. She also worked as a Middle East analyst, providing news briefings for diplomats on MENA developments.

Stephen is a communications and advocacy consultant, having established advocacy and campaigning first with Tearfund and then with Open Doors. It was through Tearfund that he was part of the leadership of Jubilee 2000 and then Make Poverty History. In later years, until 2016, much of his time was given to leading and administering Fresh Streams, a church leaders’ network.

The APPG is a London living wage employer and is in the process of attaining the full ‘charter mark accreditation’.


HOW YOU CAN USE YOUR
FREEDOM TO HELP OTHERS

Written Questions explore the implementation of the Truro Review

The Truro Review – Two Years On